Home » Raspberry Pi 3B+ not powering up

Is your Raspberry Pi 3B+ not powering on anymore?

Well, then you maybe have the same issue as I do. When tinkering around with my Raspberry I somehow shorted the 3.3V rail to ground. Since this incident, my Raspberry Pi 3B+ not powering up anymore. There seems to be no short circuit protection on board, unfortunately.

Checking the Schematics on the official Raspberry Pi Website, it shows also no protection.

The actual problem showed up for me, that octoprint browser UI was not loading anymore. In addition, I recognized that only the Power LED was on, but the ACT LED that’s usually indicating that the processor is doing something.

Doing some Voltage measurement, I recognized, that there was no 3.3V on the power rail anymore. 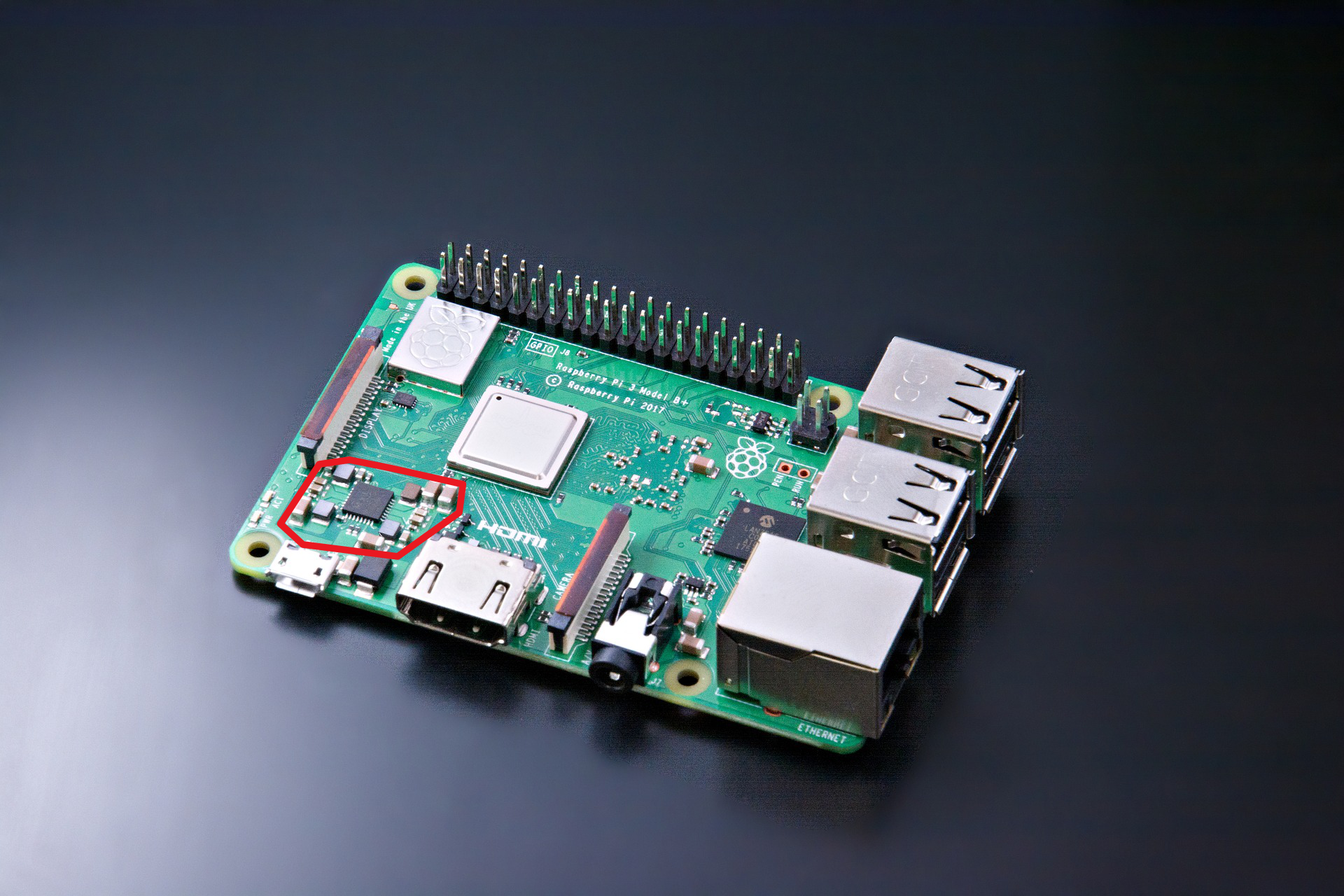 Doing some further investigation with the Raspberry Pi 3B+ is not powering up anymore, it occurred to me, that I have fried the XR77004 Power Management Chip. Unfortunately, there seems to be no official replacement for this Chip. Only some AliExpress sellers seem to offer it for 3-4 bucks.

Doing some investigations it seems, they are the correct ones, the only thing you need to watch out for is that they have the “-R3” marking on them, which in my understanding indicates, that they are made for the Raspberry Pi 3.

Giving it a shot, at the current Raspberry Pi shortage

Taking a look at the image of the chip you can see it is a very high density SMD package, surrounded by a lot of tiny passive components. My soldering skills are not so advanced that I would say I can easily change it, but with the current shortage in chips and also pi’s I decided to give it a shot and ordered one.

You need a lot of heat >350°C to desolder the chip, which led to a lot of passive components being desoldered. So be more careful than me when desoldering. I don’t have all those components in stock, so I decided to stop this project for now.

Did you try this as well? Did it work for you? Share your experience.